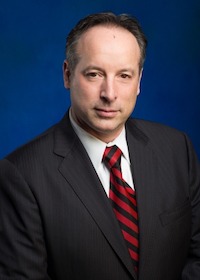 Peter Tilem’s legal career began in the summer of 1991 as an Assistant District Attorney (ADA) in the New York County District Attorney’s Office in Manhattan, where Mr. Tilem was assigned to the trial division. During Mr. Tilem’s 10 years in the trial division he went on to prosecute and investigate hundreds, if not thousands, of felony and misdemeanor criminal cases—including both violent and non-violent crimes, homicides and white collar crimes. Many of Mr. Tilem’s cases received great public attention, notoriety, and media coverage and some were instrumental in breaking new legal ground in New York Criminal Law.

Mr. Tilem immediately founded Lenihan & Tilem, LLP, where he continued to represent individuals in high profile and complex cases. In connection to one of Mr. Tilem’s early cases in private practice, he appeared on 60 Minutes and CNN. At Lenihan & Tilem, Mr. Tilem was able to considerably expand his already vast litigation experience, and appeared frequently in both federal courts and state courts on both civil and criminal cases, and litigated a much broader variety of complex real estate, commercial, estate, criminal and family matters than he was able to at the District Attorney’s Office. Mr. Tilem since left Lenihan & Tilem and eventually founded Tilem & Associates, PC

Since founding Tilem & Associates, PC, Mr. Tilem has built a considerable legal team and has continued to litigate in both federal and state courts and has continued to represent clients involved in complex or high-profile cases. Mr. Tilem appears regularly on television and in the newspaper concerning his legal work in such cases and as a legal commentator. Mr. Tilem was retained in connection to the extensive litigation surrounding the untimely death and estate of Russell Jones (a rapper also known as “ODB” or “Old Dirty Bastard”) and other celebrities.

Mr. Tilem has built an impressive reputation among the bar and bench (Attorneys and Judges) as an effective, skilled and knowledgeable attorney and earned the most prestigious and highest possible ratings from independent lawyer rating services such as Martindale Hubbell, AVVO and Lexis/Nexis. Mr. Tilem has steadily grown Tilem & Associates by adhering to a few guiding principles which have resulted in the firm obtaining exceptional results for its clients. Mr. Tilem understands that really listening to clients not only calm clients during what is a remarkably stressful period of litigation but also helps the lawyers understand the situation and the facts necessary to get the best possible outcome for the client. Listening to a client also helps an attorney understand the client’s goals which is necessary for effective representation. Mr. Tilem also believes it is absolutely critical to give clients individualized attention and to litigating strategically. Litigating strategically involves taking the time to analyze the facts and the law in order to come up with a winning strategy. By strictly following these general principles and by assembling a team of skilled and knowledgeable attorneys who are guided by the same general principles, Tilem & Associates has been able to develop an unparalleled record of obtaining superior results over a long period of time. With nearly 30 years of legal experience, Mr. Tilem has developed the legal acumen, knowledge and experience to provide clients who are facing brutal court battles with the very best possible representation.

Besides his responsibilities at the practice, Mr. Tilem tries to give back to the legal community and the community at large. Mr. Tilem is a frequent lecturer, teaching continuing legal education classes to attorneys on topics involving both legal skills and legal ethics. Mr. Tilem also performs pro bono representation and is involved in many charitable ventures.

In sum, if you are faced with any type of legal battle, contact Peter Tilem or one of his associates for the absolute best legal representation.