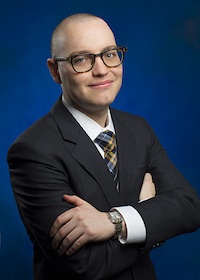 Robert M. Schechter is an associate of our Firm and focuses much of his practice in the areas of gun rights, civil and criminal litigation, contract law, appeals, as well as helping startups. He enjoys the courtroom and has always wanted to be a litigator. A significant portion of his practice is spent helping clients navigate the various licensing authorities that New York has involved in deciding to grant or deny CCW (gun) Licenses. He takes an individualized approach to each and every appeal and Article 78 proceeding. Additionally this has further opened his eyes to clear disparate treatment many members of our country face. This unique aspect of his practice helps him properly prepare defenses in criminal matters. He is always available to his clients and works hard to give each client the individualized attention they need.

Prior to joining our Firm, Mr. Schechter spent time working in the United States Attorney’s Office, focusing on crimes against children and immigrants. He also worked on technology crimes involving Intellectual Property. In addition he also worked at an international law firm in Hong Kong representing an international company dealing with the fallout of an ecological disaster.

Mr. Schechter donated his time assisting the New York Legal Assistance Group by counseling low income individuals on the naturalization process, as well as landlord tenant disputes. Additionally, in order to reduce the number of children incarcerated, Mr. Schechter drafted policy papers while working for the New York Center for Juvenile Justice. In addition to the law, Mr. Schechter is motivated politically and has worked as a Field Organizer and was able to produce massive turnout in a recent successful Senate campaign.

A History of Success

Mr. Schechter was born and raised in Scarsdale, New York. He completed his undergraduate degree in only three years with a Bachelor of Arts in Criminal Justice with minors in Economics, Political Science and Environmental Science, from the University at Albany. Mr. Schechter went on to receive his Juris Doctor from Albany Law School. While at Law School, Mr. Schechter participated in several Moot Court competitions and spent semesters in the Clinic & Justice Center.

While working directly with clients, Mr. Schechter was able to assist them in dealing with the Internal Revenue Service as well as the New York State Department of Taxation and Finance and was able to reduce or eliminate the outstanding debt and fees they had accumulated. In addition to the tax work, Mr. Schechter assisted individuals who had legal issues stemming from HIV/AIDS or Cancer, litigating to ensure Social Security Disability and Supplemental Security Income were paid, as well as preparing end of life documents for them.

When not working, Mr. Schechter is a volunteer firefighter. He also assists his brother who runs a startup and has helped him navigate the issues that entails. He also enjoys target shooting, participates in the Big Brothers Big Sisters program mentoring a teenager in Peekskill, runs competitive long distance races, and is trying to get better at golf.

Mr. Schechter is admitted to practice in New York, the District of Columbia, the United States Tax Court, as well as before the U.S. District Courts for the Southern and Eastern Districts of New York.